The story of how I ended up as a TEDx speaker...

Left to right in the back row: Craig Lewis, Sebastien Bellin, Anik Singal, Dirk Daenen, Lars Südmann, moi, Thea Dennis, Emma Bale. Speakers missing in the picture: Rokhaya Diallo, Mcayla Sarno and Ronin. The others are the awesome students and volunteers who made this lovely event a success!

A few weeks ago, my phone pinged and I found a Facebook message from a lovely acquaintance. When I read the message, my mouth almost fell open, and honestly, I was wondering if this was serious... It was an invitation to speak at the TEDx UBI Wiltz event in Luxembourg. Someone had canceled as a speaker, and they had asked the students who they should invite instead. For some reason, this lovely lady pitched me and that is how it happened. The next day, I called the dean of the university, and overseer of the whole event (organized by UBI's students!), Mr. Dirk Daenen, and gave him several reasons why I may not be the best fit. :) Yeah, my sales pitch needs work... However, he was lovely and said he was sure he wanted me there. OK then... I felt so excited. And then I started wondering: "Oh dear goodness, I have to write a TEDx talk! And then actually deliver it..." I was asked to talk about my work in Antwerp's Red Light District with Cherut Belgium, from my own perspective and journey.

After about a week of thought soup, I started writing. Dirk gave me some constructive pointers, and then I started practicing. Things flying through my head: no fidgeting, no 'uh', no running around the stage, no standing still. It was also really fun to accept the challenge of telling a story and preparing a song in under 18 minutes.

Last Friday, I headed to Luxembourg for dress rehearsal and the speakers' dinner. Being on that stage prepping was great, because it showed me where I got nervous or forgot some lines under pressure, so I was able to go back and make sure I got those parts right. Then we had dinner with the organizing team and the speakers. What a wonderful group of people! It was so fun and a real privilege to meet the other speakers and the people who invited us and made this all happen, and to exchange stories with some pretty inspiring people from different backgrounds.

The event went so well! I was relieved to be the second speaker, so I could just enjoy the rest of the talks! I bet my Dad never thought that the guitar he bought as a young guy would now hang out with his daughter in unexpected places, even if I am just starting to play. Below are some more pictures from the event. If you would like more pictures of the other speakers and all the wonderful people involved, you can find those here.

Oh, I had this idea that I wanted to wear a red dress. Well, I am sure some websites wondered where all their red dresses were going... ;) Finally, this was the one that made the cut. There were dresses that looked so good online, and when I tried them on, I just burst out laughing. I would also like to say thank you to Michelle Methakijwaroon, a fantastic make-up artist, who gave me some make-up tips and tricks so I would look alive under these lights.

I had quite a number of people cheering me with lovely messages. Thank you so much, I appreciate it a lot!

Several people have asked me where they can watch the speech. Well, it will be made available online. The video material is being edited by the organization, but it will take a while. As soon as it is available, I will make sure to let you know where you can find it!

Have a lovely evening! 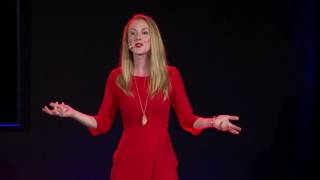